Global Culture Fest is an annual event to celebrate diverse communities at Rutgers! This virtual, three-day event features a mainstage performance of The Trouble with My Name by Javier Ávila, interactive sessions presented by Rutgers Global and the Multicultural Greek Council, a cultural council student leader panel, inspiring speakers, special presentations by student performing arts groups, and more! The themes for this year are culture, community, and civic engagement. This event is hosted by the Cultural Center Collaborative and co-hosted by Rutgers Global and the Office of Fraternity and Sorority Affairs.

Javier Ávila performance and Q+A – The Trouble with My Name 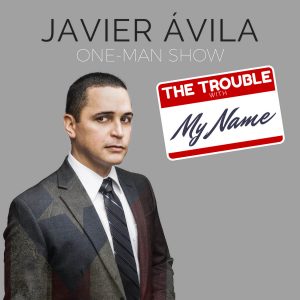 In his one-man show, celebrated author, Javier Ávila, sheds light on the American Latino experience with his unique brand of poetry and satire. The high-octane, poignant, and hilarious one-man show The Trouble with My Name consolidates Ávila’s talents as a poet and professor. It is a tour-de-force that will make audiences laugh, cry, and embrace the autobiographical journey of a man who moves between cultures. It provides a fascinating perspective of American Latinos who struggle to dispel misconceptions about their identity and place in the world. The Trouble with My Name examines the issues of language, race, and social justice in an eye-opening performance where Ávila engages the audience as he tells the story of his life and reads poetry that illustrates what it means to be the American of the future. Ávila’s show breaks barriers and embraces the diversity of a nation whose history is rich and colorful. The message transcends boundaries of race, ethnicity, and geography.

Author. Professor. Inspiration. Javier Ávila’s distinguished career began in the Caribbean, where he taught English at the University of Puerto Rico for eight years. 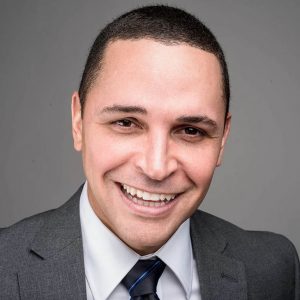 In addition to his accomplishments in academia, Ávila is a renowned poet and novelist whose literary excellence propelled him to international recognition. His bestselling novel Different became an award-winning motion picture entitled Miente, which was screened in over a dozen countries. His poetry books The Symmetry of Time and The Dead Man’s Position earned him prestigious awards by the Pen Club and The Puerto Rico Institute of Culture, respectively. Other books—Broken Glass on the Carpet, The Professor in Ruins, and The Oldest Profession—cemented his reputation as a celebrated writer. Ávila’s books have been part of university curricula for years. He frequently visits colleges to discuss his work, motivating students to become better readers and writers. Audiences praise Ávila’s recent work for being a powerful voice for Latinos in the U.S.​

Making a Positive Impact in our Communities

Join us for a 30-minute panel discussion comprised of both current students and young Rutgers alumni who have made a positive effect in their communities, both locally and globally. Tune in to listen to inspiring stories and learn how you can similarly make a positive change in the world.

Join the executive board of the Multicultural Greek Council (MGC) and representatives of the MGC community for a conversation about customs, traditions, and why these are important to the MGC community and the university. If you joined MGC over the past few weeks for MGC 101 and Meet The Greeks, you probably have a lot of questions. What do those calls, hand signs, and colors mean? There are so many organizations, how do I know the difference? How can I learn more about the MGC community? On Thursday, October 8, 2020 at 7 p.m., as part of the Culture Fest, those questions will be answered. We hope you can join us for a fun conversation about what it means to be a member of the culturally based Greek community at Rutgers!

Diversity Peer Educators (DPEs) consist of Rutgers–New Brunswick students committed to educating their peers on topics of diversity, inclusion, and social justice. DPEs serve as a resource, and provide workshops and educational sessions. These session topics will be tailored to educating students on identity development, race, class, gender, sexuality, abilities, and more. DPEs are trained to facilitate inclusive and brave conversations. DPEs are an integral part of enhancing our student affairs commitment to building inclusive communities across the New Brunswick campus.

Rutgers University is the birthplace of the iconic fat sandwich—a greasy tradition that is one of the university’s “unofficial” points of pride. The fat sandwich appeared on the fast-food scene in the late 1970s and has remained a Rutgers fixture ever since. The original fat sandwich was the “Fat Cat,” made up of a double cheeseburger, fries, lettuce, tomato, mayonnaise and ketchup, all on a bun. Now, over 40 years later, we’re inviting Rutgers students to re-imagine the fat sandwich as we know it. Winners will be announced on October 16 in celebration of World Food Day. Learn more about Taste the World, Taste the Campus.